Home › Blog › How To Protect Yourself From Dangerous Mosquitoes In Jerome

How To Protect Yourself From Dangerous Mosquitoes In Jerome

If you’ve been bitten by a mosquito, then you know it’s not fun. Though they measure only approximately 1/8 - 3/8" long, these tiny pests buzz around primarily early in the morning and the evening. Even worse, they seem to come in droves making it difficult to avoid a bite. And while small in size, mosquitoes are one of the deadliest animals in the world due to the diseases they transmit. With mosquito season on the horizon, there are few things to consider when spending time outside. 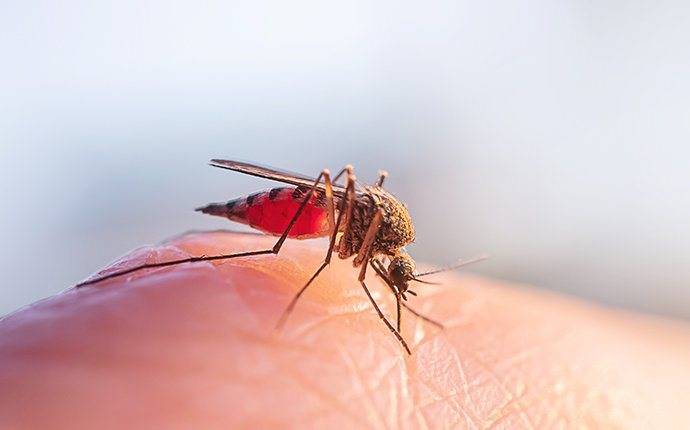 The Dangers of Mosquitoes

Mosquitoes are not just a nuisance because of the itchy bites they cause, but they are also one of the deadliest animals in the world because of the diseases that they are known to spread. Here are some facts to keep in mind when you think it’s just a tiny mosquito bite:

As it pertains to the United States, mosquitoes are carriers for mostly West Nile virus and eastern equine encephalitis. Some symptoms of West Nile virus are sore throat, nausea, vomiting, swollen glands, and abdominal pain. Many people who contract West Nile virus may never know that they’ve had it due to a lack of symptoms. Eastern Equine Encephalitis is detected by joint pain, chills, and fever, which may last approximately two weeks. If you suspect that you might have either of these infections, please seek medical care immediately.

Though less common in the U.S., the chikungunya disease has been appearing increasingly in the Caribbean giving American travelers pause. Though it's unlikely you will contract a mosquito-borne illness from a bite, the threat is still there. In the end, the best offense is a good defense.

No one is immune to the scratchy, unpleasant bites of a mosquito. Female mosquitoes are hunting for blood, as they need it to lay their eggs. Add the fact that they breed constantly and you have one itchy summer. That said, certain factors make people more attractive to their scratchy bites, and the list is complex:

At the end of the day, genetics are estimated to account for 85% of the variability in those who attract mosquitoes and those who don’t, so try your best to prevent their attraction with some of the following tips.

Mosquitoes may seemingly be everywhere, but there are ways to limit exposure to them and the irritations they spread. Here are a few tips that may keep mosquitoes off of your property and off of your skin:

Jordan and his team were prompt, professional, and kind. Jordan was very knowledgable regarding different types of home pests and the best treatments for them. He asked and listened to my concerns and was diligent in following up to ensure our needs were taken care of. If you're looking for a trustworthy and honest team, Owyhee Environmental is the way to go!